10 of the most sustainable buildings in Europe

Sustainable living has become an undeniable necessity of today's times, and technology allows boundless creativity in terms of facilities that can be included in the development of buildings of any kind, whether office space, housing, factories, or even places of worship. There are several buildings in Europe that have shown good sustainability practices, both in the development stage as well as in day-to-day usage, so we decided to present 10 of them.

Which are they and what countries do they come from?

Bloomberg's European headquarter, located on Queen Victoria Street in London, received a score of 98.5 out of 100 in the BREEAM (certification provided by the British Center for Construction Science Establishment, assessing the environmental performance of a building and its impact on the environment).

Compared to other similar buildings, Bloomberg London has a 73% lower water consumption and uses 35% less energy. In addition, it generates 35% fewer carbon emissions. To these results contribute both the structure of the building - centered around a spiral staircase, made of wood from sustainable sources, next to the ceiling designed using biomimetics (a technique that mimics elements of nature), and its natural ventilation system and the rainwater treatment plant present in the building. To these is added a "living" plant wall, along with other decorative elements, designed in turn with the help of biomimetics.

The first eco-friendly mosque in Europe, designed by the same architectural firm that also built the famous London-Eye lens, can accommodate up to 1,000 visitors at a time and is built with wood from sustainable sources and low-carbon materials.

In the outdoor garden of the building, 20 cypresses were planted - an oasis of greenery for not only decorative but also practical purposes, because it absorbs excess rainfall, along with an additional system installed for rainwater harvesting, used for irrigation in hot days. Besides the vegetal elements, there is also a generous parking lot for 300 bicycles. In terms of electricity, the building is fully powered by locally generated renewable electricity and is also equipped with large skylights and passive heating and cooling systems to minimize energy consumption.

Two years ago, the roof of the ArcelorMittal complex in Ghent was equipped with 27,000 solar panels, making it the largest solar roof in Belgium. The system generates 10,000 MWh annually, the equivalent of the electricity consumption of approximately 3,000 homes.

The 18,000-square-meter event hall, built-in 2012 in East London, received the most important certifications attesting to its sustainable design and operation: both BREEAM accreditation and Platinum LEED (Leadership in Energy and Environmental Design). Among the facilities that the building has been equipped with is a rainwater collection network installed on the roof, which ensures the filling of the toilet tanks in the building, its own solar energy production system, a district heating network consisting of 199 heat pumps, and a digital building management system. The Crystal hosts a permanent exhibition dedicated to sustainable urban development and numerous profile conferences.

The One Angel Square office building, the headquarters of the British group The Co-operative, has the capacity to accommodate 4,000 employees simultaneously and has a BREEAM certification.

The building has a carbon-neutral operating footprint (generates zero emissions) and produces a higher amount of renewable energy than consumed. Along with an LED lighting system and generous windows that maximize natural lighting, One Angel Square has been equipped with rainwater harvesting and wastewater/waste heat recycling systems. In addition, the heating of the building is ensured by a cogeneration system that works on the basis of rapeseed oil, cultivated on the lands owned by the group’s cooperatives.

The Tube, officially named NewLogic III, is owned and operated by the logistics company Rhenus, which uses it as its headquarters and main distribution center. In parallel with the innovative design, the building has a district heating network with underground pumps, an LED lighting system with automated control, charging stations for electric cars, a system for monitoring energy, water, and CO2 consumption, as well as a roof with 11,600 solar panels that provide more energy than the total consumption of the building.

A huge glass building that facilitates natural lighting, Deloitte's Amsterdam headquarters, structured on 15 floors, with an area of 40,000 square meters, has received overtime not only BREEAM certification with a score of 98 points out of 100 but also the title of the most sustainable office building in the world. The energy consumption of The Edge is 70% lower than other office buildings of similar size, and the roof and facade on the south side incorporate the largest range of photovoltaic panels seen on an office building in Europe, according to available information on the official breeam.com website. In addition, the building is equipped with an aquifer thermal energy storage system, which fully provides the energy needed for heating and cooling, and lighting, humidity, and temperature, among others, are controlled with the help of artificial intelligence.

Seat's 2.8 million square meters production line near Barcelona is home to the largest network of solar panels on the roof of a car factory in the world – 53,000 panels that generate 15 million kWh of green energy every year.

A mixed project, One Floreasca City - made up of One Tower office component and the residential one, One Mircea Eliade - is the first Romanian real estate project to receive international acclaim. Modern urban architecture, combined with sustainability and contemporary design, brought it the “Best International Sustainable Residential Development 2019-2020” award, received in London, at the International Property Awards.

Started in 2018, in Bucharest, the project is part of the real estate developer One United Properties portfolio and required an investment of 100 million euros. Of the total area of 2.8 hectares, 30% are green spaces. Along with the energy-efficient systems with which it was equipped and 1,200 parking spots that help streamline traffic in one of the busiest European capitals, the project managed to give back to the community an abandoned area of the city, as it was built on the site of a former car factory. One Mircea Eliade residential complex, consisting of three towers - two with 15 and one with 20 stories - that make up 247 apartments, has received Green Homes certification. One Tower office component, structured on 16 stories, has received the pre-certification LEED v4 Core & Shell at the Platinum level, the best performance obtained by a building in the development stage on the real estate market in Romania, and the highest form of appreciation and technical evaluation of a building, in terms of sustainability.

The 32,000 sqm Ikea unit situated in London’s Greenwich district is BREEAM-certified and is surrounded by community gardens.

The store is equipped with underfloor heating systems, rainwater harvesting facilities, and energy-efficient lighting systems. It also features a network of 2,600 solar panels installed on the roof, which provides 50-80% of the store's energy needs at any time, and also a parking lot with 20 charging stations for electric cars. 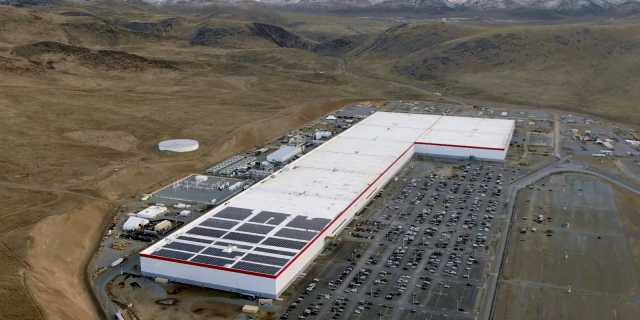 23 June 2021
The largest production, distribution, and storage units in the world 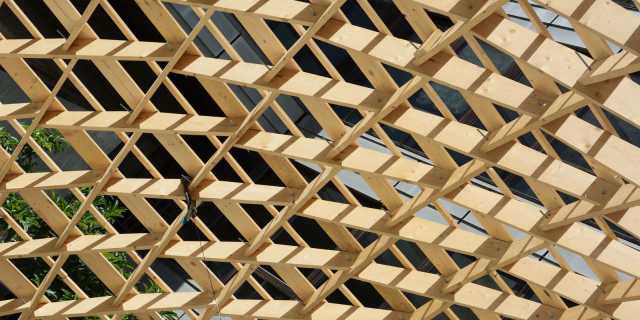 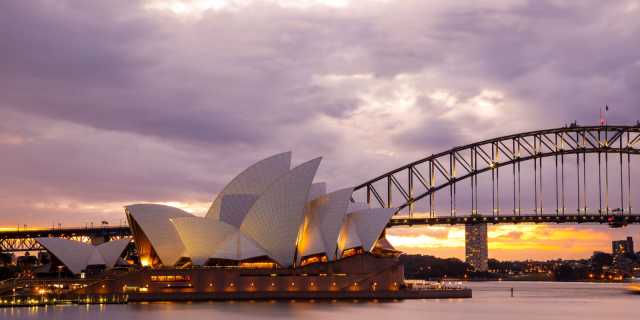 31 May 2021
The architecture of the present: projects that have amazed an entire world

1 Bedroom Apartment For Sale In One Mircea Eliade

2 Bedroom Apartment For Sale In One Mircea Eliade

2 Bedroom Apartment For Sale In One Mircea Eliade

3 Bedroom Apartment For Sale In One Mircea Eliade

23 June 2021
The largest production, distribution, and storage units in the world

31 May 2021
The architecture of the present: projects that have amazed an entire world 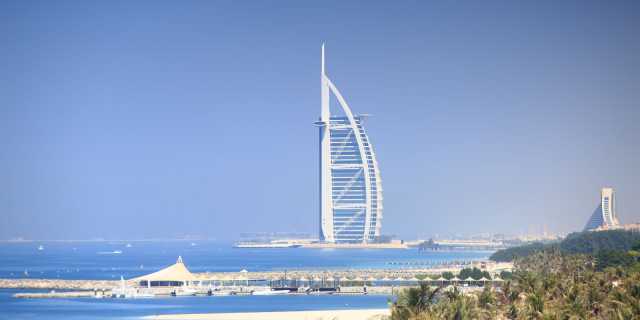 20 May 2021
The most exclusive hotels in the world 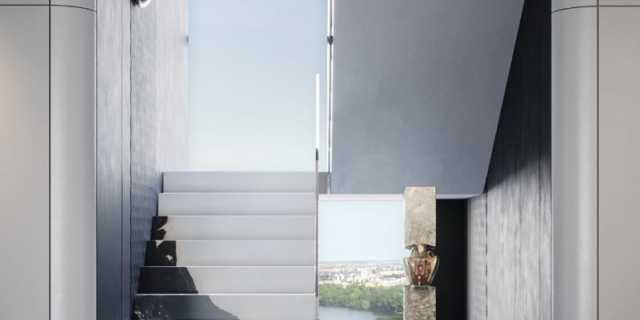 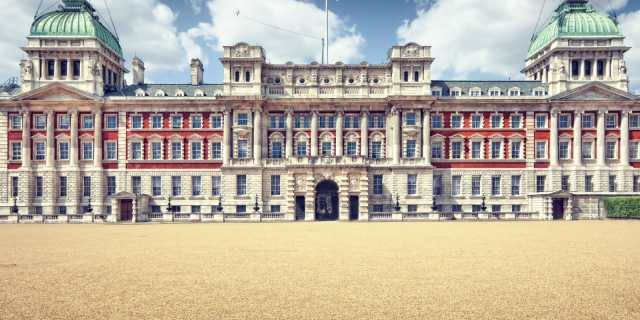