Significant figures in the history of Bucharest

From politicians to architects or doctors, they all contributed to the development of Bucharest and to the evolution of Romania. Brick by brick, they transformed the city into a modern European capital and attracted the respect of the world's most important personalities for Romanians and their work.

Who were the ones who decisively left their mark on Bucharest over the centuries?

During his reign and as a result of an order given by the Ottomans, the capital of Wallachia was moved from Târgoviște to Bucharest starting with November 1659.

From the beginning of his reign, he made an important contribution to Romanian culture and the evolution of the city: in 1688 he printed the Bucharest Bible, the first edition of the most important book of Christianity released exclusively in Romanian. The famous Brâncovenesc architectural style started with him as well.

As the owner of the well-known Hanu lui Manuc inn, the merchant, also known as Manuc Bei, hosted the officials who signed the Treaty of Bucharest in 1812 right on the premises.

He is the one who left his defining mark on education, as he is credited as being the founder of education in Romanian language. In 1818, he founded the first institution with Romanian teaching, the Saint Sava School.

On January 24, 1859, the Romanian Principalities (Moldova and Wallachia) were united under his rule. Three years later, the modern Romanian state officially called Romania was born, with the capital established in Bucharest - a choice for which Mihail Kogălniceanu, at that time Minister of Internal Affairs, had also actively campaigned. It was during his reign that the national army and the universities of Iași and Bucharest were also established, while compulsory primary education was introduced.

He was one of the most valuable Romanian doctors and pharmacists and had a considerable contribution to the training of medical personnel, by founding, in 1869, the Faculty of Medicine, part of the University of Bucharest, as well as other institutions dedicated to professional training in this field. He is also responsible for the organization of the Romanian ambulance service and the arrangement of the Botanical Garden of the city.

He led Bucharest as a mayor and was highly appreciated, actively involved in the development of Bucharest during his three years in office (1888-1891). Among the projects he initiated are the construction of the most important boulevards, the opening of a significant number of schools, the introduction of electric lighting on the city's main boulevard, the stone and boulders paving of a large number of streets and sidewalks, and the establishment of architectural rules. He also expanded tram lines and introduced strict rules for the use of public transport, prohibiting overcrowding of carriages, boarding with dirty clothes, drunkenness or food and drink, and imposing variable fares for journeys, depending on their duration.

Known as a promoter of the neo-Romanian architectural style, Ion Mincu has designed some of the most beautiful buildings in Bucharest and beyond throughout his career. Among the historical monuments that bear his signature are the Lahovary House, the Doina House (originally known as the Roadside Buffet), and the Central School for Girls. He was also very active in the area of renovation/restoration/decoration – of the Stavropoleos Church, the Monteoru House, the Palace of Justice, and more. Born in 1852, in Focșani, he died in the winter of 1912, in Bucharest.

Following in the footsteps of Henrieta Delavrancea - Gibory, one of the first women admitted to study at the Higher School of Architecture in Bucharest and one of the figures who were actively involved in the formation of the Romanian school of modern architecture, Maria Virginia Andreescu Haret is the first Romanian to have obtained, in 1919, the diploma of architect. She was also the first woman to receive the title of architect general inspector. She designed, among others, the Bucharest high schools Gheorghe Şincai and Cantemir Vodă, as well as the Romanian Youth Society Palace (known today as the Romanian Youth Palace).

Internationally known for her exceptional work in medicine, especially in the geriatric area, Ana Aslan was appointed, in 1949, head of the Physiology Department of the Institute of Endocrinology in Bucharest. This will mark the beginning of a long series of experiments, research, and inventions, including a geriatric product that has obtained patents from no less than 30 states. Her treatments have been used by personalities from all over the world, such as Charles de Gaulle, Charlie Chaplin, and Salvador Dali. 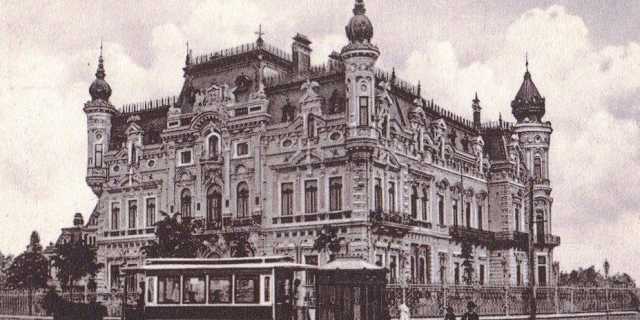 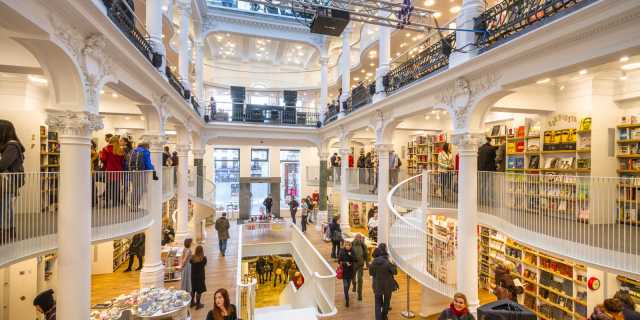