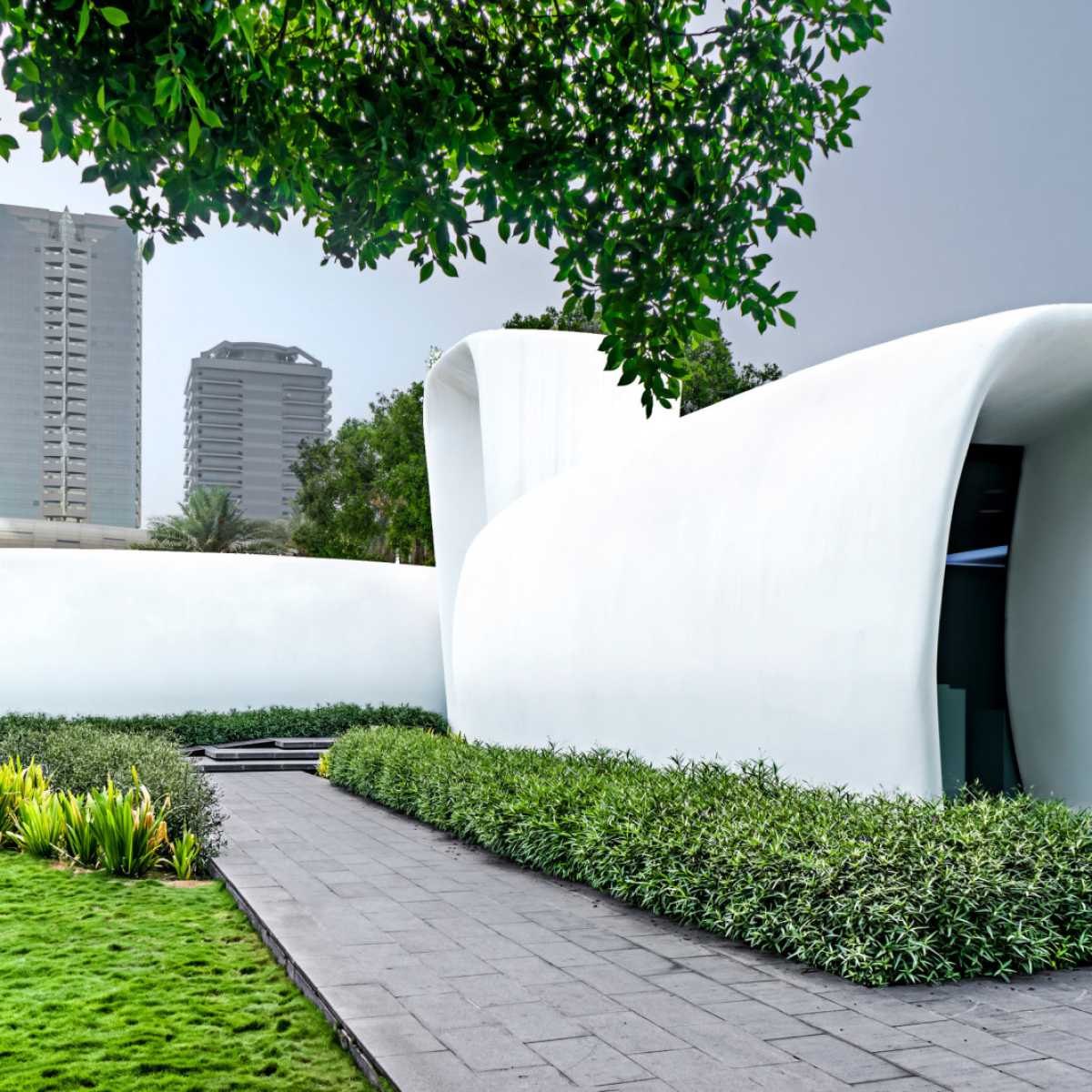 In search of fast and sustainable ways to develop future projects in the real estate industry, a number of companies have come up with an unexpected solution: building homes using 3D printers.

Palari Group, one of the companies announcing such a project, plans to develop, using 3D printers, a 15-units neighborhood in Southern California, near Palm Springs, on a plot of land in Rancho Mirage. The company will work with Mighty Buildings, the manufacturer responsible for printing the modular panels, which will be installed in a similar way to Lego pieces.

They will have a number of essential features, including resistance to fires, floods, and other natural disasters, but also against the invasion of various pests, such as termites.

For rooms or pieces of furniture that cannot be made with a 3D printer, materials from sustainable sources will be used instead.

The single-family homes will have three bedrooms and two bathrooms, as well as other facilities including a swimming pool, outdoor showers, and a hot tub.

The price of such a house, with a surface of about 135 square meters, will start at $ 595,000, and for about half the amount future residents have the opportunity to buy a smaller additional home.

And in order for the tenants to have all the conditions to lead a sustainable life, solar panels will be used for energy supply, the stake being a neutral level of carbon emissions and as little waste as possible.

Prospective residents will be able to move to the new community starting next spring. To register on the waiting lists, those interested must pay a refundable deposit of $ 1,000.

A similar project will be launched in Austin, Texas, by Icon in partnership with real estate developer 3Strands. Here, the houses represent a mix between the classic construction methods, with which the upper floors of the houses will be designed, and the 3D technology, used for the first level of the houses.

For prefabricated panels, a high-strength material called Lavacrete will be used. The homes developed in this neighborhood will have a starting price of $ 450,000 and are expected to go on sale this summer.

The company uses a technology called the Autonomous Robotic Construction System and offers a 50-year warranty on the structure of the properties – said to be 50% cheaper than other similar homes built by conventional methods. In addition, they can be built quickly in just a few weeks.

During a festival, Icon announced that as early as 2018 it could build, with the help of the Vulcan printer, a house of about 75 square meters with only $ 10,000.

The company was already involved in the design of such homes in Mexico, in partnership with a non-profit organization. Those homes are for poor families, who live on less than $ 3 a day.

However, the first housing project built in the USA with the help of a 3D printer is claimed by the company SQ4D, which listed such a house at a price of about $ 300,000 in the city of Riverhead, in Suffolk, New York.